We present to your attention the effective tool for trade - Andrews's Pitchfork. To set them at the price chart it is necessary to choose Objects tab - "Pitchforks" - "Andrews's Pitchfork", as shown at the pic below. 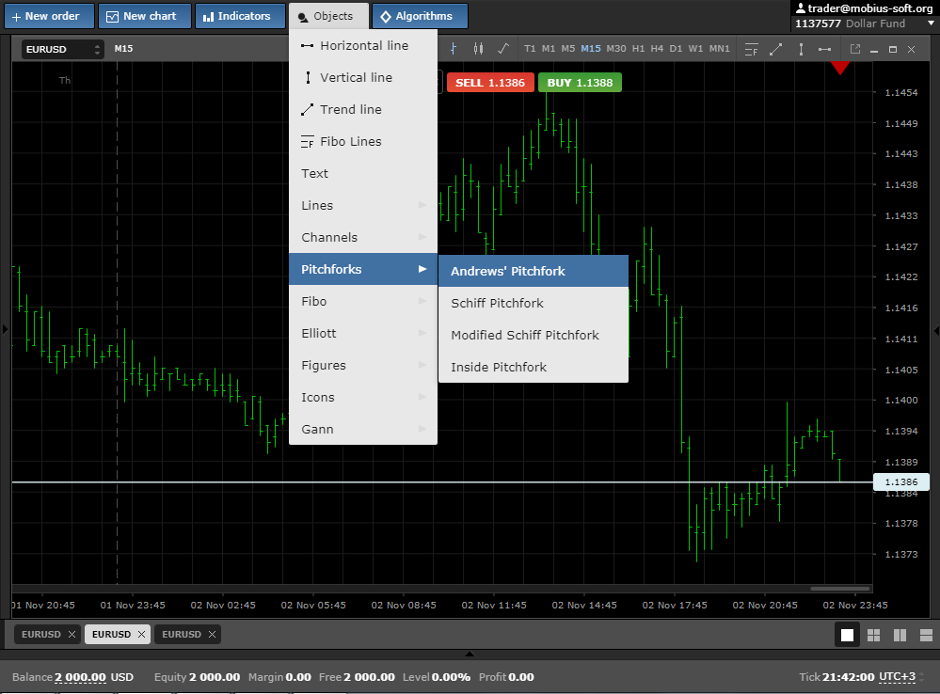 Andrews, the author of this tool, revealed that the price is exposed to the law of Newton in which it is told that on any action there has to be a counteraction. At first it marked the graphics by simple lines of support and resistance under an inclination which further became Andrews's Pitchfork. The author showed the practices only when retired that can say that he did not want to share the working system which can bring money.

A strong long trend is very  important from which we will look for entry points to the opposite side. 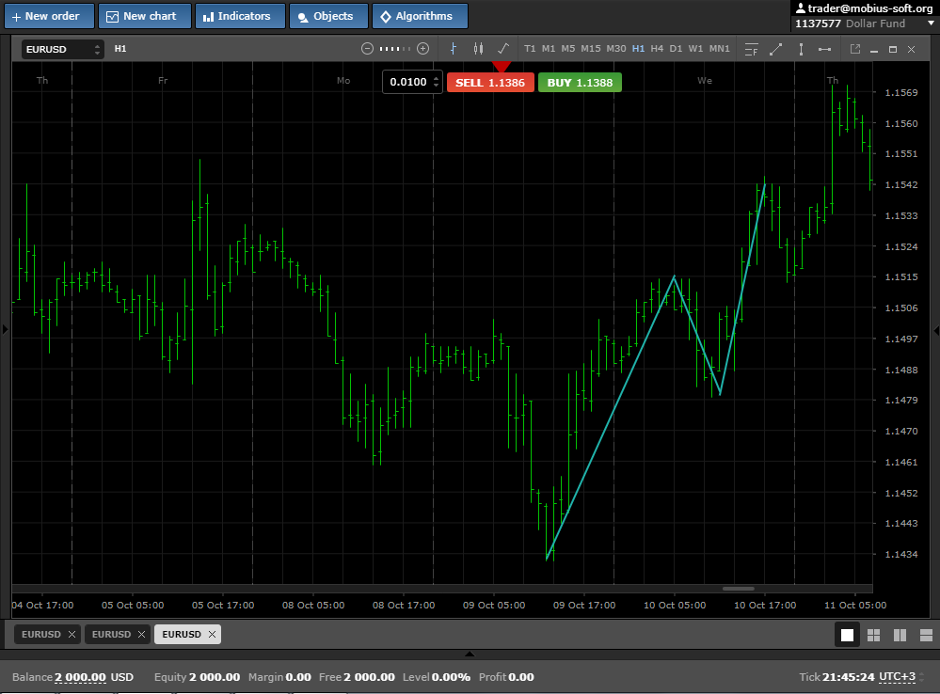 And to build Andrews's pitchfork on points in the same sequence, as shown at the pic below. 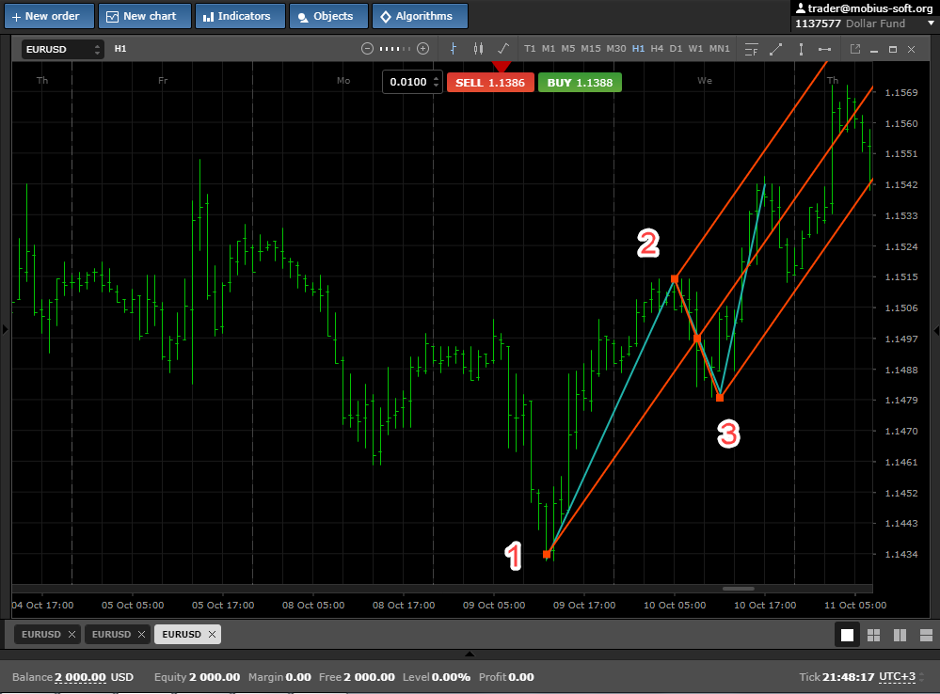 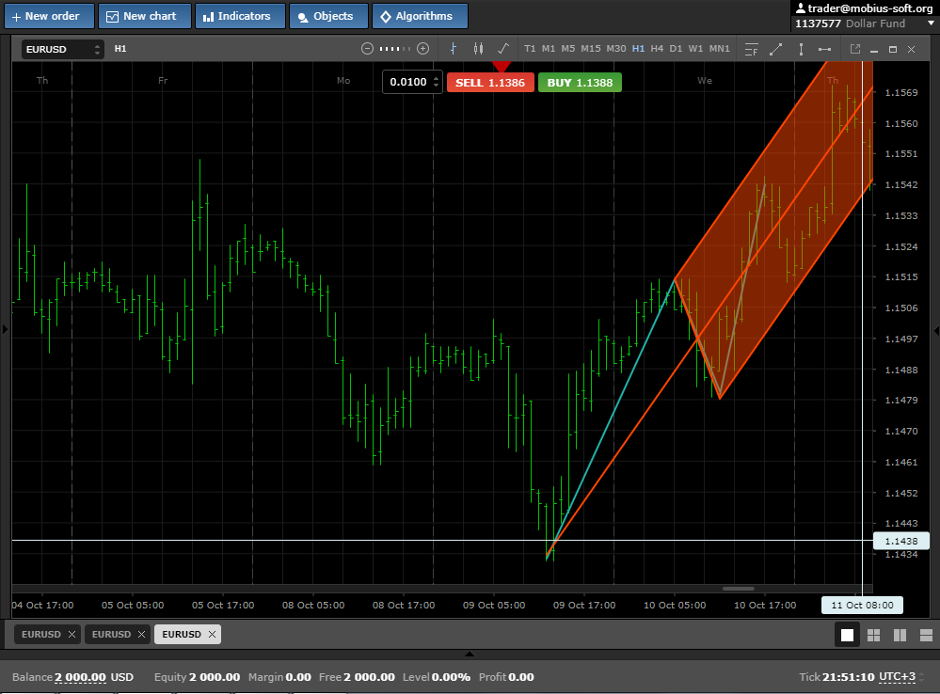 If the trend was ascending, then we will build Andrews's Pitchfork only for Sell and if descending - on Buy and to buy every time when the price resembles to border of the Pitchfork. 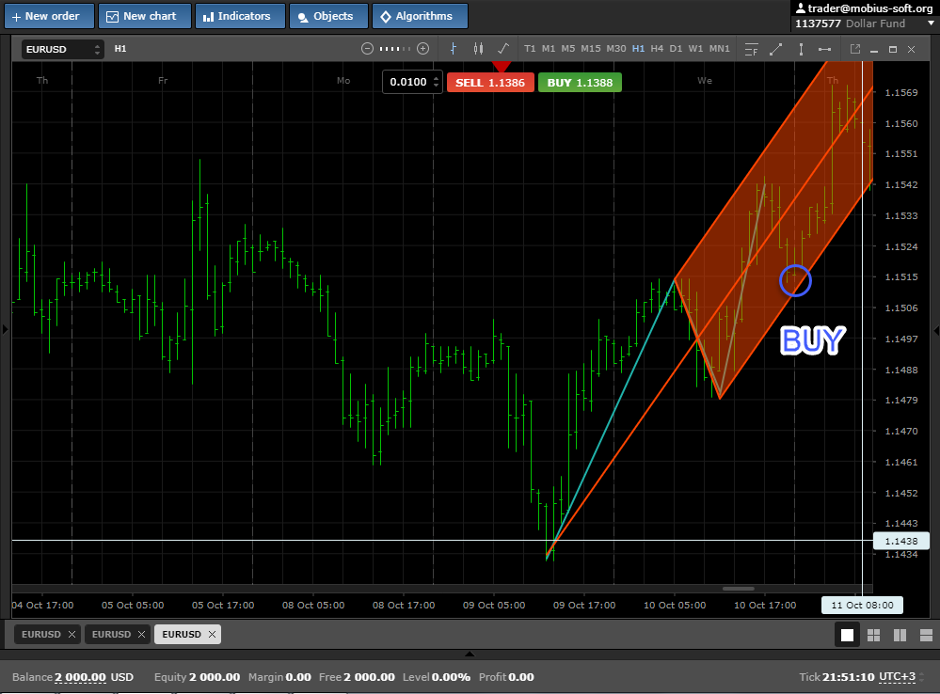 As soon as the price punches the channel down and is fixed, it means that the trend proceeds, and the channel cannot be applied more. The tool will perfectly   suit beginners, and professionals for trade as on signals and for a filtration of entrances of the trade system. We wish you high profit.

This graphic element can be discussed at forum